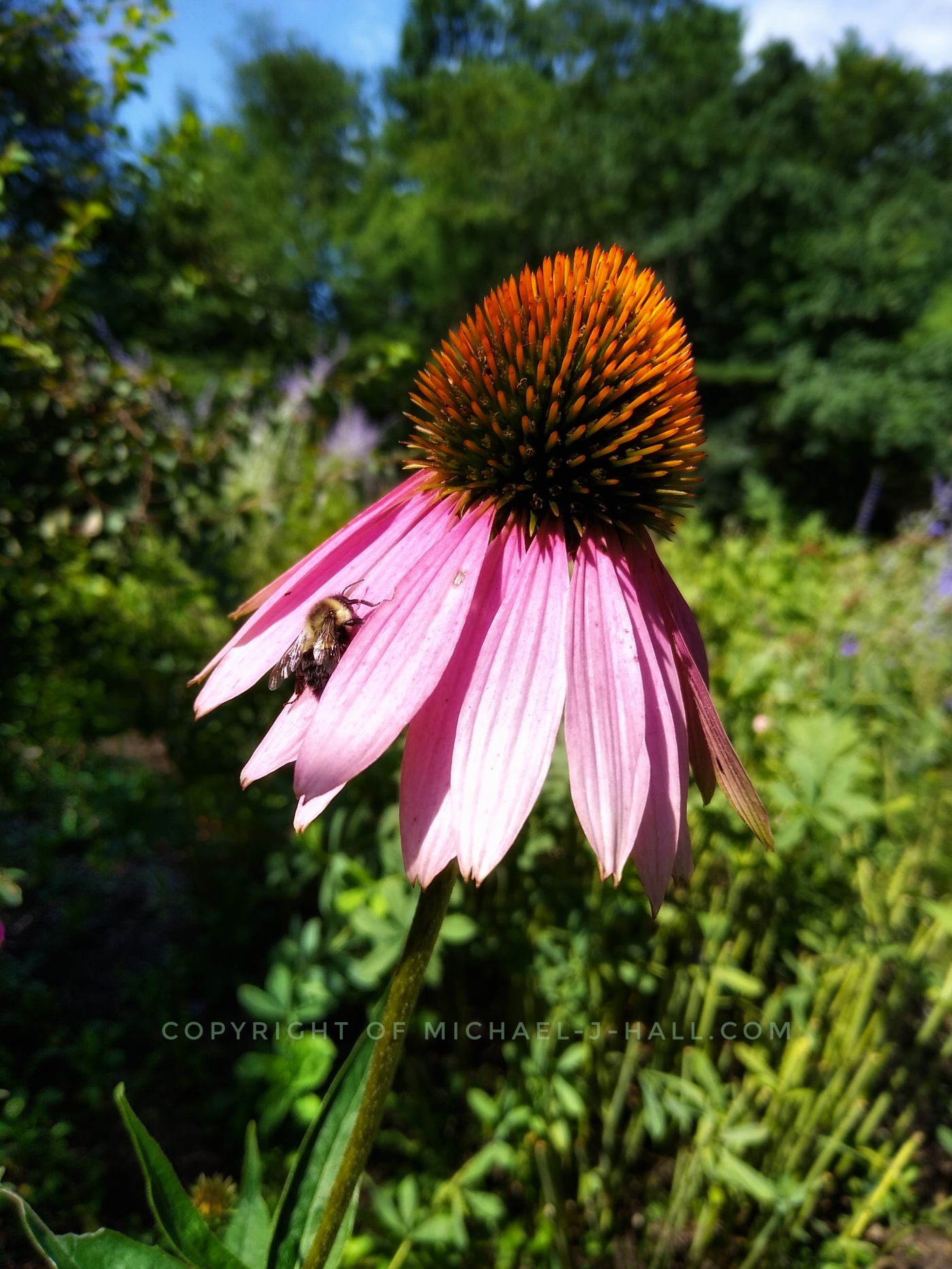 It’s a bright winter day outside. The open floor plan home exhibits the typical party decor for a 2 year old. A dozen close guests shuffle around the place snacking or assisting with the festivities. Among the crowd are familiar members of the family, like Mom, Ann, Elise, and JT. Many are CALLING OUT to grab the attention of the birthday boy.

Here comes our birthday boy! Say hi to everyone Ian.

IAN (2 years old) has brown hair, brown eyes, and a round, preoccupied face. He’s wearing a snazzy, comfortable outfit. He PATTERS tippy-toe style across the linoleum toward the kitchen, disinterested in the visitors and carrying a stuffed animal firmly in his hands.

So, still no words yet?

No. But he makes a lot of sounds that we recognize.

AUNT DAWN (early 20s) whose features vaguely are reminiscent of June’s, emerges from the crowd carrying a CRYING infant toward her.

Here you go sis. I think we have a full code brown situation here.

Oh. Come here little Hazel. Let’s get you cleaned up.

Ian comes wandering in, but stops short, covers his ears, eyes wide, and sharply heads away from the source of the CRYING.

Maybe we could open presents to distract him.

Not until June comes back with Hazel.

Should we have him start opening gifts?

Ahh, sure, now that June’s back.

Okay everyone – Ian’s going to be opening gifts now. Find a seat in the living room!

Guests drift and filter into the living area, sorting themselves into available seating surfaces. Joseph takes Hazel from June as she leads Ian by the hand to a spot in the middle of the room near a mountain of vibrantly packaged gifts.

Oooh, how about starting with this one?

Nonna pushes a gift bag with tissue paper and a tied handle in front of Ian. She teases a bit of tissue out to try to spark his interest. Ian pushes it aside and turns his body, making ready to leave. June readjusts Ian to face the gifts.

Mom, try taking it out for him.

Nonna swiftly unties the handle and pretends to fish around inside the bag, then pulls out a train. The guests FEIGN excitement. Ian tosses a sheet of tissue behind him, not showing any excitement for the toy.

And there’s a card…

Ian treats the card with the same respect as the tissue. June picks it up to open and read aloud with Ian.

Oh look, it’s from Nonna and Nonno! Say thank you.

Ian doesn’t react. June puts the card in front of Ian, who shakes his head and brushes the card aside.

Okay, how about we try another gift?

Dawn picks out one of the largest presents in the pile and slides it in front of Ian, who starts slapping the top of it with his hands.

Let me help you with that, sweetie.

June turns the box to its side to more easily open the paper at its seams. Ian kicks a bit at the floor and box. Starts flapping his hands and shaking his head, clearly frustrated with the situation.

Alright, let’s take a break and get your cup.

Joseph hands Hazel off to Dawn. Then swoops in and lifts Ian up on his feet, pats his bottom to scoot him along toward the kitchen. Ian charges away, MOANING as he goes. June gets up.

We’ll be right back.

Ian seats himself in a quiet corner of the kitchen behind the cabinets, sheltered from the guests. He rocks slightly as he lines some objects in front of him.

Joseph and June crouch down beside Ian. June rubs Ian’s back gently.

Don’t you want to come back and see all the nice things the family brought you?

It’s okay. We know it’s loud. You can stay here and play for a bit.

Joseph stands, turns, then shoos away the curious onlookers with a reassuring gesture.

Should we be concerned?

Well, all this family and activity is overwhelming.

Not just that. What about all the other things we’ve noticed…?

Oh. I guess it wouldn’t hurt to have him looked at. It’s almost like he puts too much effort trying to speak.

Isn’t he just so precious in his own little world there…?

After a moment, Ian happily knocks down the stack with a CRASH, scattering pieces across the floor.

Beneath an overcast sky and from a distance June and Joseph can be seen exiting a bland building hand-in-hand. June’s left hand dangles by her side, filled with a stack of photocopied papers, occasionally BRISTLING in the breeze. They walk stoically down the walkway and across the parking lot.

The dull SCOURING of pavement beneath their feet comes to a stop as they approach and enter their car sharing nary a gaze, closing the doors with a dampened THUD behind them.

Only the HUMMING of the engine and RUMBLE of the road are heard as June and Joseph sit in quiet tension for a few moments. Gray, diffused light glints through the windows, as silhouettes of utility poles pass rhythmically by.

At long last, Joseph removes a hand from the steering wheel to rub his temple and releases a stressed SIGH.

I don’t know if I can go back into work today. I feel…raw.

We can’t say that we didn’t have any idea. We kind of expected this, didn’t we?

After wiping her eyes and nose with a tissue, June lethargically leafs through the papers she had been carrying.

I know. Though we were figuring this could’ve been just temporary – a phase. But now we know it’s indefinite…

But we’re not going to love him any less.

No, of course not. But this isn’t going to make life easy on him.

I mean, doesn’t every parent want their children to have an easy life…?

…Or at least easier than we had growing up.

Joseph faintly nods and June returns her focus to the papers from the appointment.

It’s not rare – numbers are increasing. And more services are available now than they were even a few years ago.

And we have direct access to resources that many people don’t.

My sisters and our neighbors that work throughout the school district. Teachers, paras, special ed, principals, nurses.

June FLIPPING to the final pages of the packet.

There’s a list of books and blogs here from other parents that we should check out.

Why? Don’t you think it could be helpful?

Maybe, but I don’t want to read any of those.

That doesn’t seem sensible. Why not?

Joseph slowly pulls the vehicle off to the side of the road and weakly POPS the gear shift into park. Eyes now streaming tears down his cheeks to his chin.

Because those people don’t know Ian. And I don’t want my expectations to be prejudiced by what others say that OUR SON with Autism will and won’t be able to do.

Joseph lowers his dribbling face and attempts to bury it in the crook of his arm. June, watery-eyed too, reaches out a consoling hand to rub Joseph’s back.

The warm glow of a summer sun bathes the lush lawn beyond the shadow of a large blue house. An open expanse of deck extends from the rear egress of the home.

A dozen or so family members are hovering around an oversize patio table loading up plates with their favorite options. Joseph (about 50 now) is working the grill.

Ian…? Ian, would you like to say something to your guests?

Ian (now 18), is lean and bespectacled, with the same brown hair and eyes of his youth.

Uh, yes…AHEM. Okay, so I uh, I want to thank you all for coming to my party, today. To my graduation party. And, uh, for making my Eagle Scout.

So, uh, yeah. Thanks for coming. And for the gifts. Hope you had fun.

There are also mason bee houses for each of you, like the ones from Ian’s Eagle project.

Wow, Eagle Scout and High School Graduate! So, what are you going to do now?

I’m going to college. And become a writer.

Really? What type of writing do you want to do?

I’m young enough, right? Looking forward to reading them all!

Nearby guests MURMUR, impressed by Ian’s plans for the future. Hazel (now 16), with her unmistakable, long auburn hair, smiles widely and hugs Ian vigorously from the side. Ian mirrors her smile, his head turned safely away from hers, mildly pats Hazel on the shoulder.